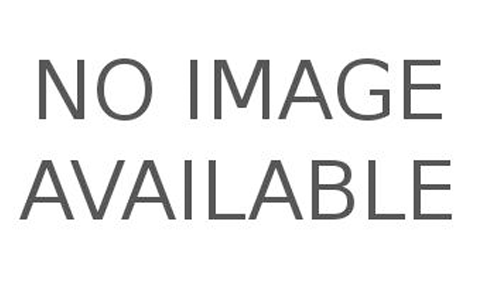 When I reached middle school, the headmaster welcomed us and gave a little “talk” on what was expected of us in the middle school. He talked about forming the habit of reading everyday for pleasure and for school, importance of doing homework every night, selecting a sport that we could enjoy even after we left school, keeping a good notebook for classwork, writing everyday something of interest, become proud of our school, and then he said:  “Those of you who have mastered your multiplication and division facts, you will be finishing eighth grade with a rigorous algebra course and then finish high school with a strong calculus course.” After laughter subsided, we realized the importance of the statement our elementary mathematics teacher–Sister Perpetua used to make as she was making sure that we had mastered our multiplication tables by the end of third grade and division facts by the end of fourth grade. We had heard about headmaster’s welcoming speech from her and the students who had gone before us.  As headmaster and a demanding math teacher, he was very popular and respected by teachers, parents, and most students.  He would repeat the ideas many times after that. It was more than sixty-five years ago, but his words are still fresh in my mind.

In my more than fifty-five years of teaching mathematics from number concept to Kindergarteners to pure and applied mathematics to graduate students (in mathematics, engineering, technology, and liberal arts), and preparing and training teachers for elementary grades to college/university, I am strongly convinced that no student should leave the fourth grade without mastering multiplicative reasoning—its language, conceptual schemas/ models, multiplication and division facts, and its procedures—including the standard algorithms.

At the time of evaluation for a student’s learning difficulties/disabilities/ problems, when I ask him/her, ‘Which multiplication tables do you know well?’ Inevitably, the reply is ‘The 2’s, 5’s and 10’s.’  Some of them would add on the tables of 1’s, 0’s and 11’s to their repertoire.  If I follow this up by ever so gently asking the answer for 6 × 2, then the response is: “I do not know the table of 6.” On further probing, I get the answer.  Most frequently, the student finds the answer by counting on fingers 1-2, 3-4, 5-6, 7-8, 9-10, 11-12.  6 × 2 is 12. Some will say: 6 and then 7, 8, 9, 10, 11, and 12. 6 × 2 is 12. All along, the student has been keeping track of this counting on his/her fingers. Another way the answer is obtained by reciting the sequence: 2, 4, 6, 8, and 12.  Here also the record of this counting is kept on his/her fingers. Both of these behaviors are indicative of lack of mastery of multiplication facts. They are also indications of the child having inefficient strategies for arriving at multiplication facts. Skip counting forward on a number line or counting on fingers is not an efficient answer to masering multiplication facts.

Similarly, during my workshops for teachers, when I ask them to define “multiplication.” Most people will define multiplication as “repeated addition,” which is something that most of them know about multiplication from their school experience. Then I ask, according to your definition, what do you think the child would do to find 3 × 4?  What does that mean to the child? The answer is almost immediate.  “It means that child thinks 3 groups of four.  He would count 4 three times.” As we can see, the person is mixing the two models of multiplication: “repeated addition” (3 repeated 4 times: 3 + 3 + 3 + 3 and “groups of” (4 + 4 + 4). Their definition and the action for getting the answer do not match. There is incongruence between their conceptual schema for the concept of multiplication and the procedure for developing a fact. Many children when deriving multiplication facts have the same confusion. To derive 6 × 8, A child would say (if he knows the table of 5–a very good sign): “I know 8 × 5 is 40 and then I add 6 so the answer for 6 × 8 = 46. The reason for wrong answer is this confusion in mixing the definitions. Children should understand different definitions of multiplication. The concept and problems resulting in multiplication emerge in several forms; repeated addition, groups of, an array, and area of a rectangle.

On the other hand, repeated adddition and array model are limited to whole number multiplication. And, groups of model is helpful in conceptualizing the concept of multiplication of fractions and decimals. Children also acquire the misconception that “multiplication makes more” when they are exposed to only repeated addition and the array model. In such a situation, I say to them: “you are right.  But what happens when you have to find the product of two fractions ½ × ⅓? What do you repeat how many times? The answer, invariably is: “You cannot. You multiply numerator times numerator divided by denominator times denominator.” Or, “what do I repeat when I want to find 1.2 × 1.3?” At this time, most teachers will give me the procedure of multiplying decimals. “Multiply 12 and 13 and then count the number of digits after the decimal.” If I pursue this further by asking: “How do we find the product (a + 3) (a + 2)?’ I begin to loose many in my audience. If, a person has complete understanding of the concept of multiplication, they can easily extend the concept of multiplication from whole numbers to fractions, decimals, and algebraic expressions. Only, the models “groups of” and the “area of a rectangle” models help us conceptualize the multiplication of fractions, decimals, integers, and algebraic expressions. And, only the area of a rectangle model helps us to derive the standard procedure for: multiplication of fractions/decimals, binomilas, distributive property of multiplication of arithmetic and algebraic expressions.

Some of the difficulties children have in learning the concept of multiplication are the result of the lack of understnading of these different schemas and the emphasis on sequential counting in teaching multiplication in most classrooms.  Students are not able to organize them in their heads, see the connections between them, and the importance of learning these models. They also think that different number types (whole numbers, fractions, decimals, integers, rational/irrational, algebraic expressions, etc.) have different definitions of multiplications. They do not see that the definitions and models should be generalizable.

(i) Commutative property of multiplication: This reduces the work of deriving 100 facts to only 55, an easier task.

In the light of many similar studies, concept-based instruction involving efficient and effective methods that can be generalized and uses pattern-based continuos materials (Cuisenaire rods, Visual Cluster cards, etc.) that help in developing the script are better. Once children know the tables of 1, 2, 10, and 5 and can derive the other facts by using effective scripts, they should paractice the tables with games. We have found the following games using Visual Cluster cards to be very effective.

How to Play: Mostly, same as above.

How to Play: Almost same as the other games

In one game, children will use more than five hundred multiplication and division facts. They also try several choices in each display as they want to maximize the outcome.  This teaches them problem solving and flexibility of thought. Within a few weeks, they can master simple division facts. I allow children to use the calculator to check their answers as long as they give the quotient before they find it by using the calculator.

[1]See previous posts on Numbersense; Sight Facts and Sight Words; What does it Mean to Master Arithmetic Facts?, etc.

[2]See previous posts on Non-Negotiable Skills at the Elementary Level.  For a fuller treatment on the topic see: How to Teach Multiplicative Reasoning by Sharma (2019). 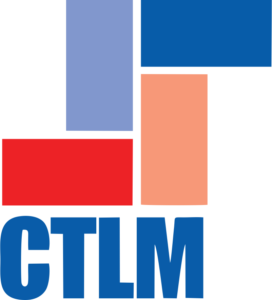 By Professor Mahesh Sharma
Assisted by: Sanjay Raghav January 18 8:00 AM US EST

Topic:Trajectory of Multiplication across the grades: Its language, conceptual models, and procedures.